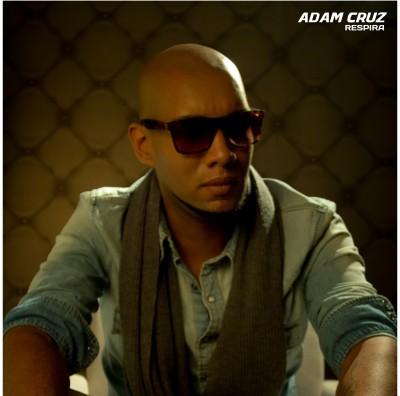 Adam Cruz was born in 1985 in Rotterdam, The Netherlands. From early on Adam had music written all over, in and around him, surprising his parents with his early affection for performing and singing starting from the age of 2. This was no surprise however looking at both his Cape Verdean parents, as his mother had a reggae hit by the name "Night Rockers". As he grew older his love for music in general grew stronger and he entered in various local and national talent shows, picking up some prices along the way.

As his stage presence and talent grew stronger by the various influences, Adam started to slowly think about developing a future in music. This thinking was further strengthened by his uncle, Frank Cavaquinho who is renown in the music industry in Cape Verde and is seen as one of the founding fathers of a musical genre in the Cape Verde Islands. Besides founding the genre, his uncle Frank has also composed to famous Cape Verdean Artists Cesaria Evora, B. Leza, Bana and his own group Voz D'Cabo Verde. It was while listening to stories of his uncle that Adam realized his passion lay with music and singing.

When he had to choose a post-highschool education, he chose to broaden his horizon by studying Audio Engineering and then on to the high school of performing arts, during this period Adam developed into multi-faceted areas of music by writing, composing and singing his own music. Looking back over the course of time Adam is mostly influenced by music streams such as Reggae, Soul, Jazz, R&B, Hip-Hop, Motown and Cape Verdean music. To his array of musical heroes he labels people such as Stevie Wonder, Luther Vandross, Bob Marley and producer Timbaland.